Scott Adams is a world famous cartoonist and also a firm believer in writing affirmations. In his book ‘The Dilbert Future’, he has written about his experiences with them. 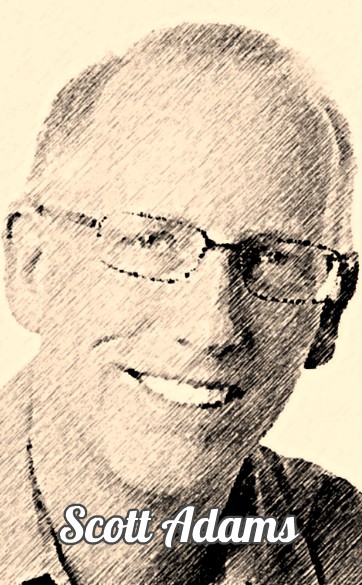 In his first attempt he did not get admission to the M.B.A. course he desired. Not only that, he got very poor marks in the admission test.

He had read about affirmations and had some knowledge about them. So he wrote an affirmation that he scored a certain number of marks (he wrote the exact marks) in the admission test and got admitted to the course.

He wrote this affirmation 15 times daily for six months. He writes that somehow his study methods changed, he worked harder and got nearly the same number of marks he had predicted.

He finally got admitted to the M.B.A. course.

Later on when he was doing a job, he wanted to be a cartoonist. He sent his cartoons to many newspapers, but was rejected everywhere.

He then wrote the following affirmation:

I, Scott Adams, am a successful syndicated cartoonist.

He wrote this 15 times daily for more than six months. Circumstances arranged themselves in such a way that a few months later he got his first break as a cartoonist. He first published his Dilbert cartoon in 1989.

He continued writing his affirmations and the result was as follows: he was published by 100 newspapers in 1991 and 400 by 1994. By 2000 his Dilbert comic strip appeared in 2000 newspapers in 57 countries and 19 languages. Scott Adams attributes his success in large part to written affirmations.

One advantage of writing affirmations is that it helps you focus on your goals. Writing implies you are willing to invest yourself. You are making a commitment.

According to Scot Adams, trying affirmations for less than six months is probably futile.

Here is his final take on them:

If all of your friends told you that they win money on the slot machines whenever they stick their fingers in their own ears, would you try it? Or would you assume that since there is no obvious reason it could work, it’s not worth the effort?

A Guide to Writing Affirmations