How To Use Hypnosis
for Self Development

Use your subconscious mind to better yourself.

Hypnosis is a guaranteed way for the betterment of life. It can help alter your beliefs and thus change your life. It is a faster way to a better life.

There are a number of myths related to hypnotism, which have come about mainly due to ignorance and superstition.

The subconscious mind is the repository of all our beliefs and it is these beliefs that make us lead the life that we presently live.

Obviously, if we are not satisfied with the present state of affairs in our life, we have to change our beliefs. (Here, belief does not mean faith or religion.) Hypnotism is one of the best ways to develop new beliefs.

Next day morning they had a maths lecture. They sneaked to the last bench so they could snatch some sleep unnoticed. Both fell asleep and woke up only when the bell rang.

All they saw was the professor and the students leaving the class. Two problems were written on the board. Thinking they were home assignments, they copied the problems.

During the week end, one of the two students worked very hard and was able to solve one problem. On Monday, he submitted his "home assignment", apprehensive that his grades would suffer as he was unable to solve the other problem.

Imagine his surprise when the professor was shocked to see the solution to the problem. The fact was that the two problems were NOT home assignment problems.

At the end of the lecture, the professor had written the problems on the board to show the students two problems from their topic of study which had been unsolved for more than 200 years !!

Many reputed mathematicians were of the opinion that the problems were unsolvable.

NOT KNOWING that the problem were "unsolvable", our party going student had solved it !!

Because he had no limiting beliefs about solving that problem.

Hypnotism is based on suggestions. The suggestions can be given by another person or we can give the suggestions to ourselves. The second case is known as self-hypnosis. 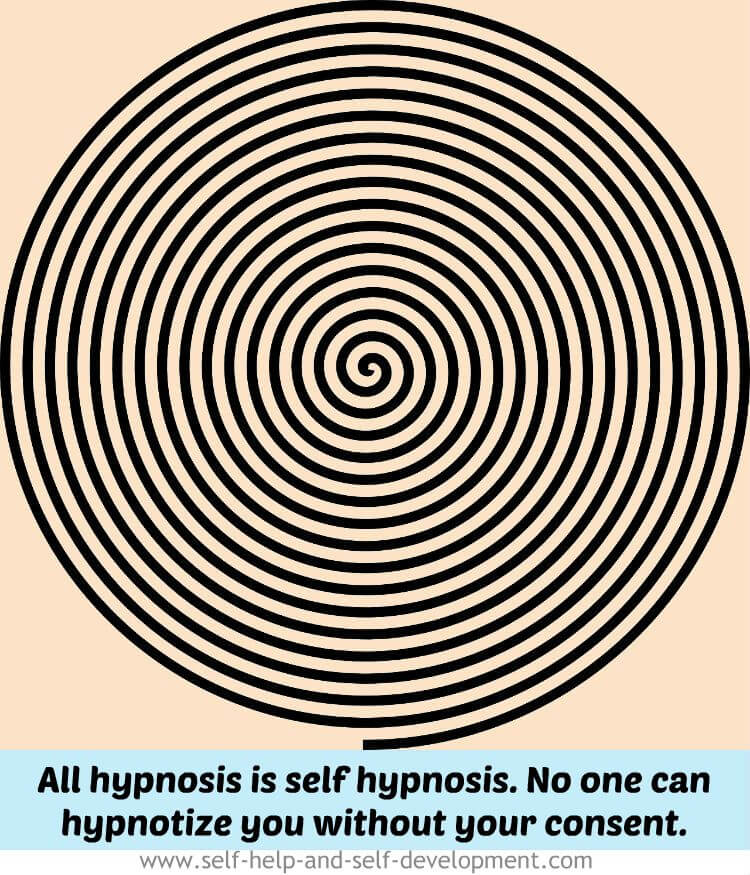 The hypnotized person appears to be asleep but he/she is not. The person is simply in another state of awareness in which the conscious mind is totally relaxed.

A person in hypnotic trance can easily come out of it. If instructions are not given to come out of the trance, the person goes to sleep and later wakes up as usual.

Using a professional hypnotist for self improvement can be very expensive. So the best way is to use hypnotism yourself or use self-hypnosis MP3s/CDs. You can prepare your own self hypnosis tapes for whatever aspect of self development you wish, like losing weight, developing prosperity consciousness, concentration, building relations, forming successful habits, overcoming phobias, etc. The possibilities are simply unlimited.

Using Hypnosis for Self Development.

Using Self Hypnosis Script to Hypnotize Yourself.