57 Belief Quotes That Show
The Connection Between Beliefs And Life

Humans live their life based on the deep seated beliefs they hold. The quotes given here discuss the various attributes of beliefs.

There are religious beliefs, financial beliefs, health beliefs, beliefs for every part of life. These beliefs are formed due to a variety of factors. Your parents’ behaviour with you and with the society at large, your education, your social milieu, your own experiences with life and so on. Almost all of these factors are out of our hands. We can hardly do anything about them.

It's difficult to do anything in life contrary to the belief we hold in that field. So if you have a belief that "Money is the root of all evil", you will probably never be rich because you will never undertake any action that makes you rich.

If your parents had ridiculed you often when you were a kid, you will have a damaged self esteem. You will never believe in yourself, feel unworthy of anything and consequently will find success eluding you.

If you had a school teacher who had praised you, especially in front of your class, about some activity, say your elocution, and in subsequent years others reinforced that belief in you that you speak well then, as a grown up you will undoubtedly become an excellent public speaker and success will follow you. Thus, the beliefs we hold in our mind about ourselves dictate our life. Belief quotes support this fact.

The belief quotes given below explain about beliefs and how they affect our life. 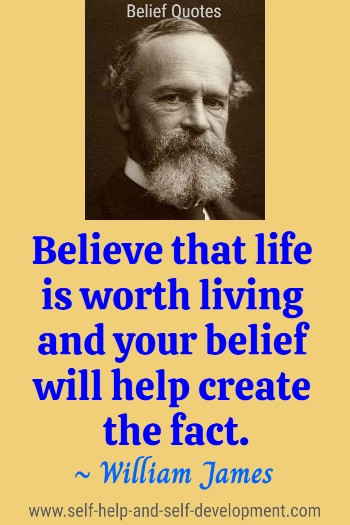 Believe that life is worth living and your belief will help create the fact.
~ William James 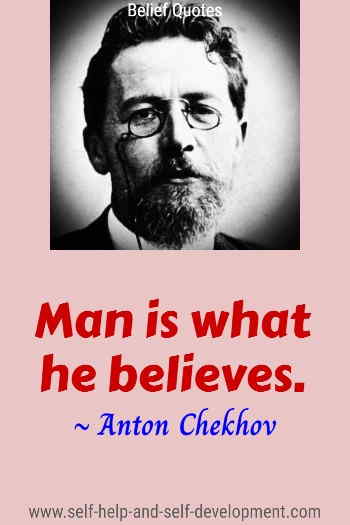 Man is what he believes.
~ Anton Chekhov

The biggest difference I’ve noticed between successful people and unsuccessful people isn’t intelligence or opportunity or resources. It’s the belief that they can make their goals happen. We all deal with vulnerability, uncertainty, and failure. Some of us trust that if we move forward anyway, then we will figure it out. 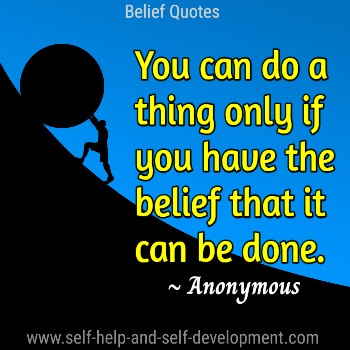 You can do a thing only if you have the belief that it can be done.
~ Anonymous 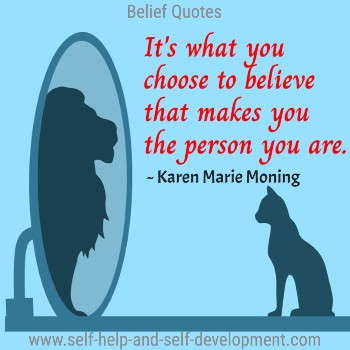 It's what you choose to believe that makes you the person you are.
~ Karen Marie Moning 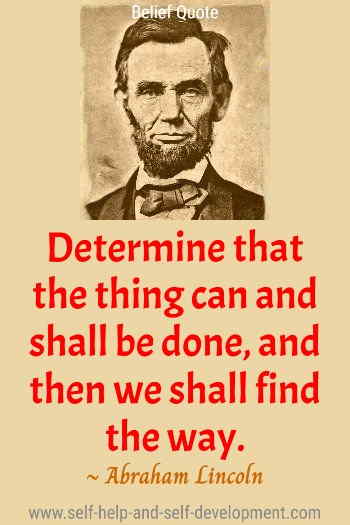 Determine that the thing can
and shall be done, and then
we shall find the way. 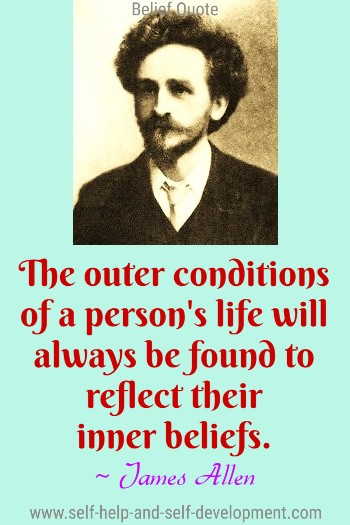 The outer conditions of a person's
life will always be found to
reflect their inner beliefs.
~ James Allen 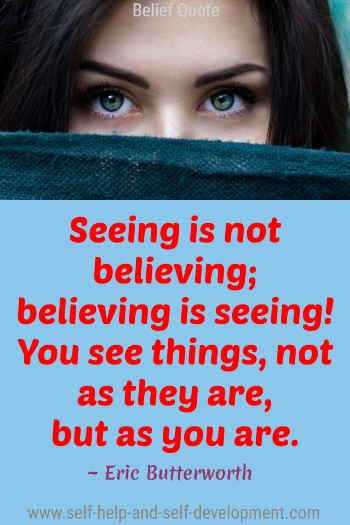 Seeing is not believing; believing is seeing! You see things, not as they are, but as you are.
~ Eric Butterworth 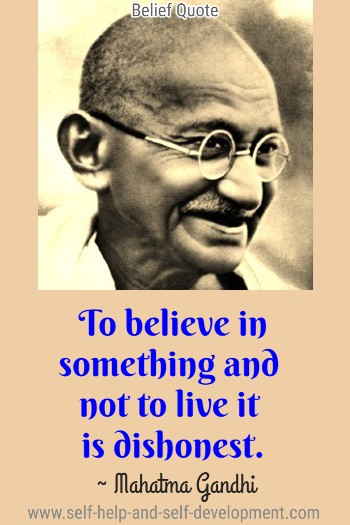 To believe in something and not to live it is dishonest.
~ Mahatma Gandhi 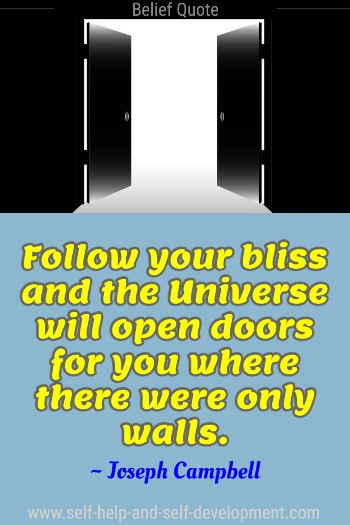 Follow your bliss and the Universe will open doors for you where there were only walls.
~ Joseph Campbell 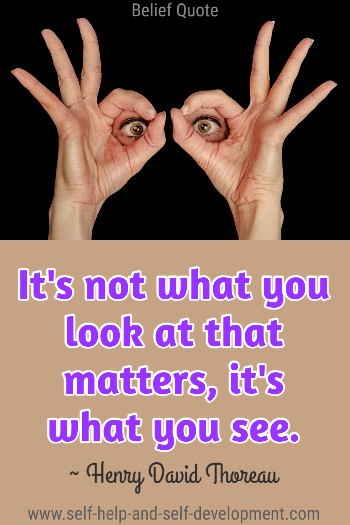 It's not what you look at that matters, it's what you see.
~ Henry David Thoreau 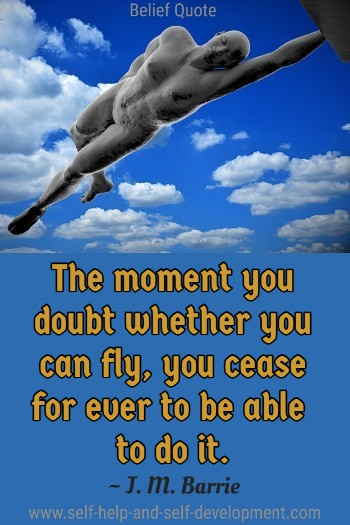 The moment you doubt whether you can fly, you cease for ever
to be able to do it.
~ J. M. Barrie 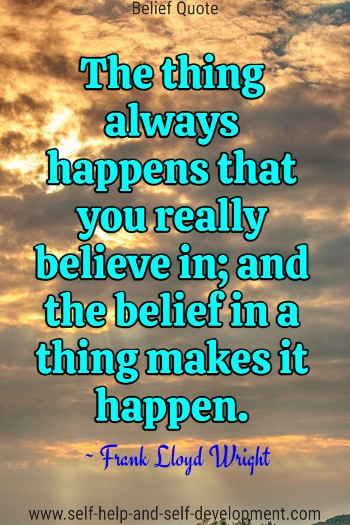 The thing always happens that you really believe in; and the belief in a thing makes it happen.
~ Frank Lloyd Wright 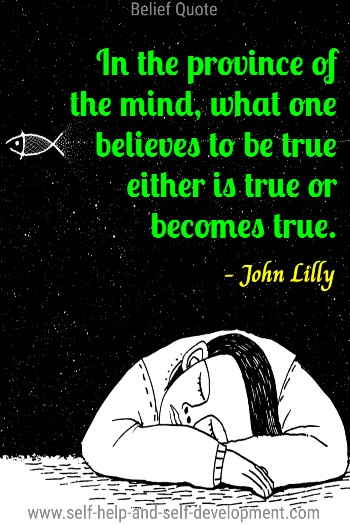 In the province of the mind, what one believes to be true either is true or becomes true.
~ John Lilly 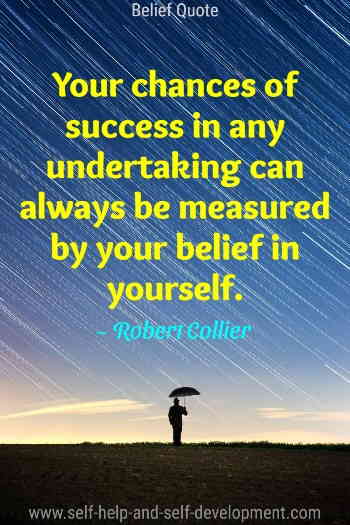 Your chances of success in any undertaking can always be measured by your belief in yourself.
~ Robert Collier


You can read further quotes on belief, here.